If you want Croquet at its most rural, then you cannot afford to miss the Ivychurch Club, set on Romney Marsh amongst a variety of agricultural activity. If you are looking for cliff-top splendour such as exists at Ramsgate or a multi-sport facility as at Eastbourne, you will miss it and drive past!

Millbank Farm, our current home, is entered down a rather poorly surfaced drive (I suppose like many roads these days!) at the end of which you will be greeted by our very own guard dog! Avert your eyes from the dilapidated farm buildings and slip through the gate to our parking lot where you enter a new and more peaceful world of tranquillity. Follow the meandering path to the lawns and clubhouse, bordered by sheep and rabbit proof fencing, enjoying the sounds, sights (and occasionally, smells!) of a farming countryside.

Despite our limited numbers, in recent years we have competed in three SECF League competitions each season and we also have our own club singles and doubles tournaments in Golf and Association plus a very special tournament in memory of Miriam Reader whom many will remember fondly.

Ivychurch Croquet Club, probably one of the smallest clubs in the south east, with under twenty regular playing members at this time, presents a unique image reflecting the adage that “small is beautiful”! 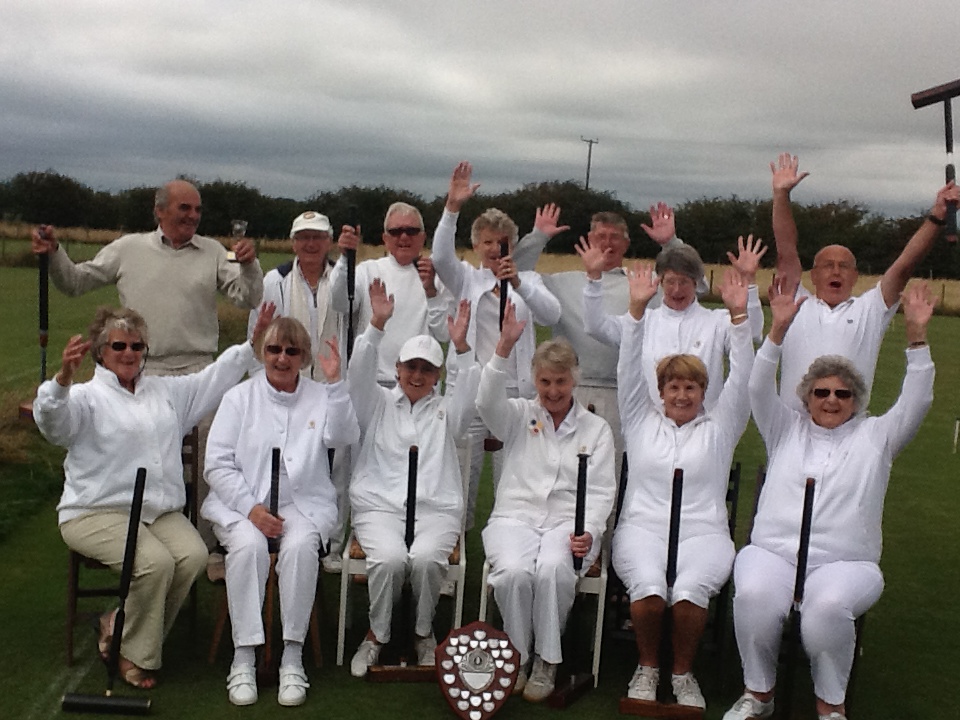