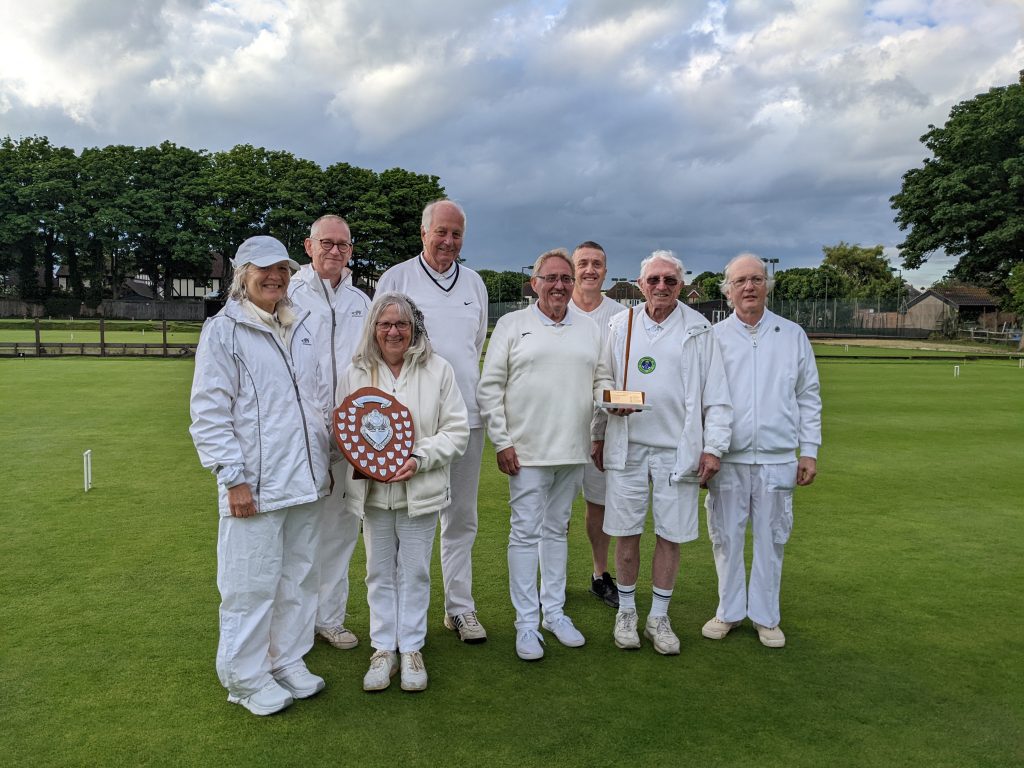 16 teams from 14 clubs took part in this year’s GC Teams Day at Southwick. We reverted to the format used successfully by Bill Arliss for many years but unfortunately did not attract as many entries as we had hoped; people seem still a little reluctant to travel to away from home perhaps. Nonetheless a successful and enjoyable day.

The morning was devoted to doubles play with the competition in 4 rounds. The event was won by Royal Tunbridge Wells with 3.5 wins in 4 rounds; Sussex A, Sussex B and Roehampton all had 3 wins.

A light lunch was available and Linda Gavigan, who was leading the catering team in between playing for Sussex B, thanked the clubs for their strong support as most players used the service.

The singles competition in the afternoon comprised of 6 rounds; the weather, which had been by turns sunny and chilly throughout the day, gave us a nasty shock in the last round when the heavens opened, fortunately only for ten minutes.

The competition went down to the wire, with Compton and Reigate Priory both ending up with 9.5 wins out of 12 games. Reigate Priory was the winner with 2 net points more than Compton.

Thanks to Martin Peacock, who was the Supervising Referee for the day, assisted in the afternoon by Roger Sutton, Robin Wootton and Frances Low; and to Sussex County generally for excellent lawns and catering. It was also pleasing to see Bill Arliss who attended for part of the afternoon’s play.