Eight teams again took part in the AC Teams Doubles competition at Southwick on 7th/8th May but, unlike last year, the weather was pleasant with only spits and spots of rain on Saturday and warm sunshine most of Sunday.

This year we reverted to the normal Swiss format of play so fine rounds were achieved over the two days. 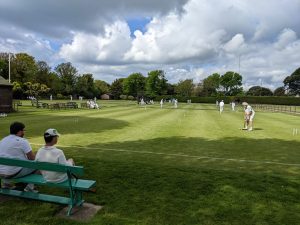 By the end of Saturday and the first three rounds, Reigate Priory was in the lead with 5 wins, away from Cheam, Guildford & Godalming and Purley Bury, all with four wins each.

Sunday morning saw Reigate Priory falter somewhat, their B team losing to Purley Bury, but still in the lead by one win. The final round pitched Reigate Priory A against Purley Bury A at the top of the Swiss ladder, a match which went down to the wire, being won +1 on time by Purley Bury. The Manager, whilst neutral obviously, nonetheless was content he didn’t have to do a lot of points counting as the reverse result would have left three teams on the same wins.

The Sussex lawns played well and it was just a shame we were unable to attract more clubs to enter a team for this event which is one of the very few where you see a wide range of playing ability in the same competition. 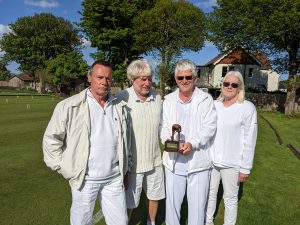